Our study included nondiabetic subjects who were either insulin sensitive (control subjects, n = 8) or insulin resistant (n = 11) and 10 subjects with type 2 diabetes. Subjects provided written informed consent and were not taking diabetes medications. Fasting subjects were randomly assigned to consume the vinegar (20 g apple cider vinegar, 40 g water, and 1 tsp saccharine) or placebo drink and, after a 2-min delay, the test meal, which was composed of a white bagel, butter, and orange juice (87 g total carbohydrates). The cross-over trial was conducted 1 week later. Blood samples were collected at fasting and 30 and 60 min postmeal for glucose and insulin analyses. Whole-body insulin sensitivity during the 60-min postmeal interval was estimated using a composite score (2).

Fasting glucose concentrations were elevated ∼55% in subjects with diabetes compared with the other subject groups (P < 0.01, Tukey’s post hoc test), and fasting insulin concentrations were elevated 95-115% in subjects with insulin resistance or type 2 diabetes compared with control subjects (P < 0.01). Compared with placebo, vinegar ingestion raised whole-body insulin sensitivity during the 60-min postmeal interval in insulin-resistant subjects (34%, P = 0.01, paired t test) and slightly improved this parameter in subjects with type 2 diabetes (19%, P = 0.07). Postprandial fluxes in insulin were significantly reduced by vinegar in control subjects, and postprandial fluxes in both glucose and insulin were significantly reduced in insulin-resistant subjects (Fig. 1).

These data indicate that vinegar can significantly improve postprandial insulin sensitivity in insulin-resistant subjects. Acetic acid has been shown to suppress disaccharidase activity (3) and to raise glucose-6-phosphate concentrations in skeletal muscle (4); thus, vinegar may possess physiological effects similar to acarbose or metformin. Further investigations to examine the efficacy of vinegar as an antidiabetic therapy are warranted.

The study was approved by the Attikon Hospital ethics committee, and subjects gave informed consent.

To study all subjects under similar metabolic conditions, insulin (Actrapid; Novo Nordisk, Copenhagen, Denmark) was infused in a hand vein with a pump. During the last hour prior to the beginning of the experiment, the patients were in a steady state regarding blood glucose (BG) and insulin infusion rate. Then, the infusion of insulin was stopped and the subjects were connected to the artificial pancreas (Glucostator, Lonsee, Germany) for continuous BG monitoring.

Before the meal, the subjects received a dose (8.9 ± 1 U) of Actrapid subcutaneously, which was assessed according to each patient's insulin-to-carbohydrate ratio and was the same in the crossover study that was conducted 1 week later.

Results are presented as means ± SEM. Differences within groups were tested with paired Student t test.

The mechanisms by which vinegar reduces postprandial BG levels are obscure. Previous studies (3) have shown that vinegar delays gastric emptying. Moreover, acetic acid has been shown to suppress disaccharidase activity (4) and to enhance glycogen repletion in liver and muscle (5).

In conclusion, two tablespoons of vinegar could be easily used as a complementary food (e.g., in a salad dressing) to reduce hyperglycemia.

OBJECTIVE: To investigate the potential of acetic acid supplementation as a means of lowering the glycaemic index (GI) of a bread meal, and to evaluate the possible dose-response effect on postprandial glycaemia, insulinaemia and satiety.

SUBJECTS AND SETTING: In all, 12 healthy volunteers participated and the tests were performed at Applied Nutrition and Food Chemistry, Lund University, Sweden.

INTERVENTION: Three levels of vinegar (18, 23 and 28 mmol acetic acid) were served with a portion of white wheat bread containing 50 g available carbohydrates as breakfast in randomized order after an overnight fast. Bread served without vinegar was used as a reference meal. Blood samples were taken during 120 min for analysis of glucose and insulin. Satiety was measured with a subjective rating scale.

RESULTS: A significant dose-response relation was seen at 30 min for blood glucose and serum insulin responses; the higher the acetic acid level, the lower the metabolic responses. Furthermore, the rating of satiety was directly related to the acetic acid level. Compared with the reference meal, the highest level of vinegar significantly lowered the blood glucose response at 30 and 45 min, the insulin response at 15 and 30 min as well as increased the satiety score at 30, 90 and 120 min postprandially. The low and intermediate levels of vinegar also lowered the 30 min glucose and the 15 min insulin responses significantly compared with the reference meal. When GI and II (insulinaemic indices) were calculated using the 90 min incremental area, a significant lowering was found for the highest amount of acetic acid, although the corresponding values calculated at 120 min did not differ from the reference meal.

CONCLUSION: Supplementation of a meal based on white wheat bread with vinegar reduced postprandial responses of blood glucose and insulin, and increased the subjective rating of satiety. There was an inverse dose-response relation between the level of acetic acid and glucose and insulin responses and a linear dose-response relation between acetic acid and satiety rating. The results indicate an interesting potential of fermented and pickled products containing acetic acid.

Four men and seven women (aged 40-72 years) diagnosed with type 2 diabetes (by a physician) who were not taking insulin completed the study. Participants provided a clinically determined A1C reading from a recent (<2 months) blood analysis. All participants gave written informed consent, and the study was approved by the institutional review board at Arizona State University.

Participants maintained 24-h diet records for 3 days and measured fasting glucose at 0700 h for 3 consecutive days with a calibrated glucometer before the start of the study. Participants were instructed to continue usual prescription medication use during the study. Utilizing a randomized crossover design with a 3- to 5-day washout period between treatments, participants followed a standardized meal plan for 2 days, consuming either 2 Tbsp apple cider vinegar or water at bedtime with 1 oz cheese (8 g protein, 1 g carbohydrate, and 1.5 g fat). The standardized meal plan was designed to reflect the individual's typical diet. Participants were instructed to record all foods and beverages ingested during each 2-day treatment period.

Fasting glucose was recorded with a calibrated glucometer by each participant during the trial: at baseline (day 0) and day 2 at 0700 h. These results were downloaded by the research staff from each participant's glucometer memory. A multivariate repeated-measures ANOVA test with body weight as a covariate was used to determine a significant time-by-treatment effect using SPSS (version 14 for Windows; SPSS, Chicago, IL).
Previous Section
Next Section
RESULTS—

solaros
Ekspert
Szacuny 2593 Napisanych postów 29968 Wiek 39 lat Na forum 16 lat Przeczytanych tematów 200199
It is not known how vinegar alters meal-induced glycemia, but several mechanisms have been proposed. Ogawa and colleagues examined the effects of acetic acid and other organic acids on disaccharidase activity in Caco-2 cells.[60] Acetic acid (5 mmol/L) suppressed sucrase, lactase, and maltase activities in concentration- and time-dependent manners as compared with control values, but the other organic acids (eg, citric, succinic, L-maric, and L-lactic acids) did not suppress enzyme activities. Because acetic acid treatment did not affect the de-novo synthesis of the sucrase-isomaltase complex at either the transcriptional or translational levels, the investigators concluded that the suppressive effect of acetic acid likely occurs during the posttranslational processing of the enzyme complex.[60] Of note, the lay literature has long proclaimed that vinegar interferes with starch digestion and should be avoided at meal times.[61]
Several investigations examined whether delayed gastric emptying contributed to the antiglycemic effect of vinegar. Using noninvasive ultrasonography, Brighenti and colleagues[50] did not observe a difference in gastric emptying rates in healthy subjects consuming bread (50 g carbohydrate) in association with acetic acid (ie, vinegar) vs sodium acetate (ie, vinegar neutralized by the addition of sodium bicarbonate); however, a significant difference in post-meal glycemia was noted between treatments with the acetic acid treatment lowering glycemia by 31.4%. In a later study, Lil***erg and Bjorck[62] added paracetamol to the bread test meal to permit indirect measurement of the gastric emptying rate. Compared with reference values, postmeal serum glucose and paracetamol concentrations were reduced significantly when the test meal was consumed with vinegar. The results of this study should be carefully considered, however, because paracetamol levels in blood may be affected by food factors and other gastrointestinal events. In rats fed experimental diets containing the indigestible marker polyethylenglycol and varying concentrations of acetic acid (0, 4, 8, 16 g acetic acid/100 g diet), dietary acetic acid did not alter gastric emptying, the rate of food intake, or glucose absorption 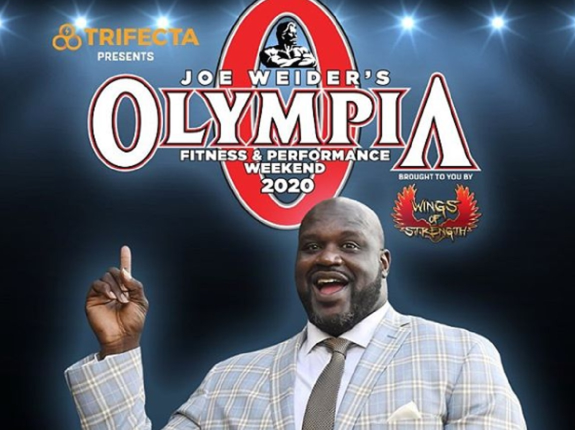 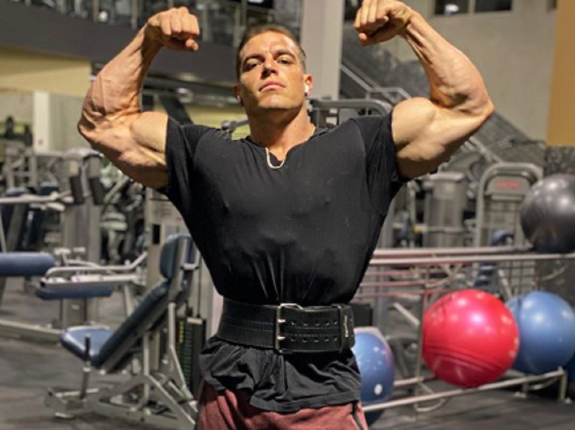 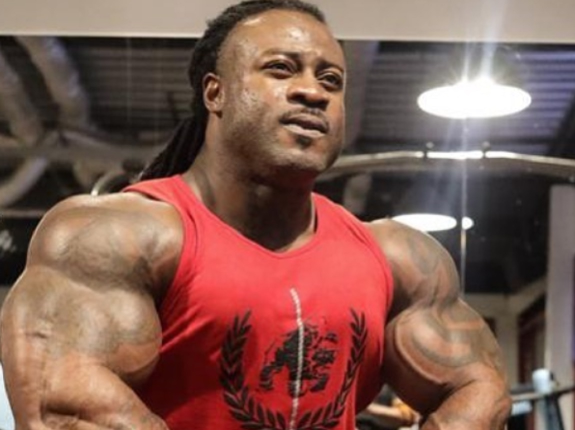 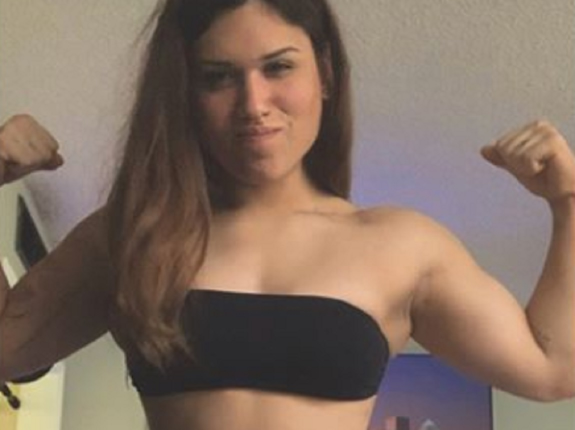