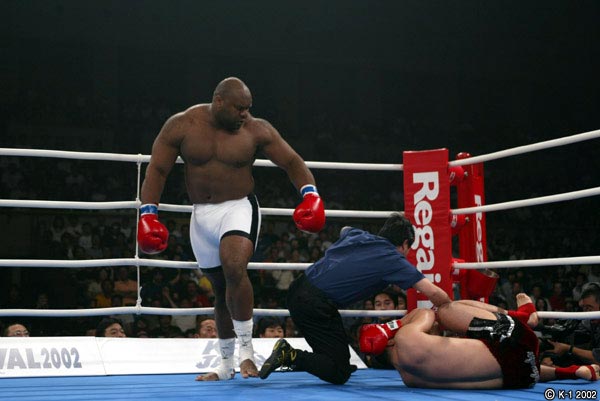 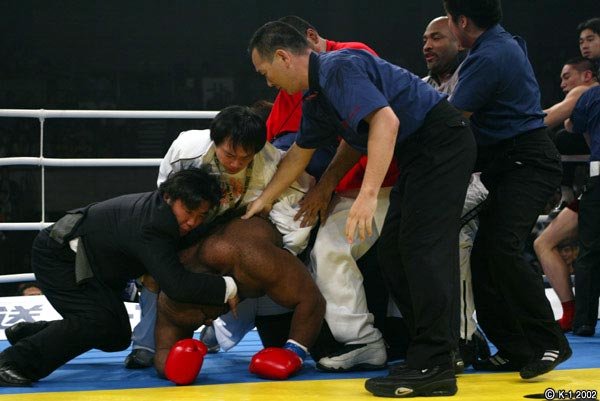 
"Next up was the K-1 debut of Bob "The Beast" Sapp, an ex-Minnesota Vikings NFL player who has been training with the highly-respected American fighter Maurice Smith. The atmosphere for this bout was set at the pre-event ANA Toyama Hotel press conference. Holding an 8x10 glossy picture of his opponent Tsuyoshi Nakasako, who trains at the Zebra 244 Gym, Sapp boomed out: "He's a zebra, and we all know what happens when a zebra meets a beast." At this point Sapp crumpled and then ate Nakasako's picture. "The Beast looks forward to cleaning his teeth with the zebra's bones." Sapp then stood up and knocked over a table, glaring at his opponent. Offered a startled Nakasako, "I'll do my best."

Well, what a fiasco this fight turned out to be. Sapp first used his 10cm height and 65k weight advantage to bulldoze Nakasako into the corner, then felled his opponent with some big sloppy punches. But "The Beast" didn't stop there, bringing an elbow down on the crumpled Nakasako, then putting a couple more punches in for good measure before the referee could separate the fighters. Sapp was given a red card, and after a two minute break the fight was restarted, or, perhaps the better word would be "replayed." Again, Sapp marched Nakasako into the corner and down to the canvas, only this time came in on his downed opponent with a stomping attack. When it became evident that the referee was powerless to stop the beating, Nakasako's cornermen entered the ring and pounced on Sapp. They were followed by the ringside doctor, judges and referees, and several officials, including K-1 President Kazuyoshi Ishii. In a matter of seconds, ten bodies were wrestling Sapp to the canvas. After a confused consultation, Sapp was declared disqualified.

At the post-fight interview, Japanese media asked Sapp if he was aware that K-1 rules prohibit elbows, hitting a fighter when he is down, and stomping. In his defense, Sapp claimed that Nakasako had thrown the first dirty blow, "So he became fair game." Continued Sapp, "The Beast is not happy with the disqualification, we know The Beast was stronger, we know who really won the fight!" The question remains, does "The Beast," who got a roar of applause upon leaving the arena, really understand the K-1 rules? We'll have to wait for next time to find out.
" 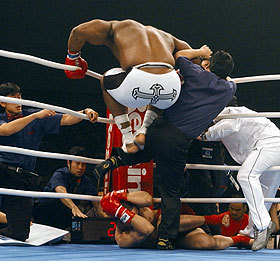 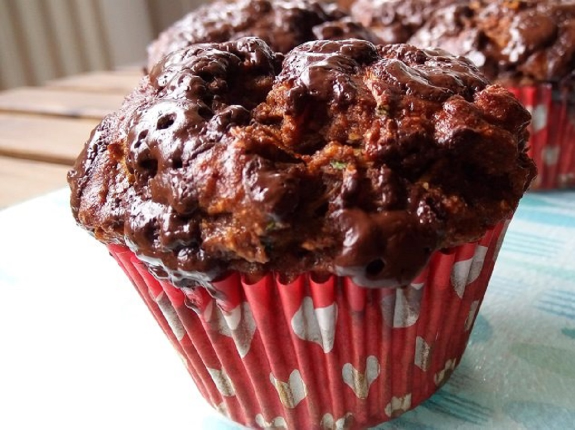 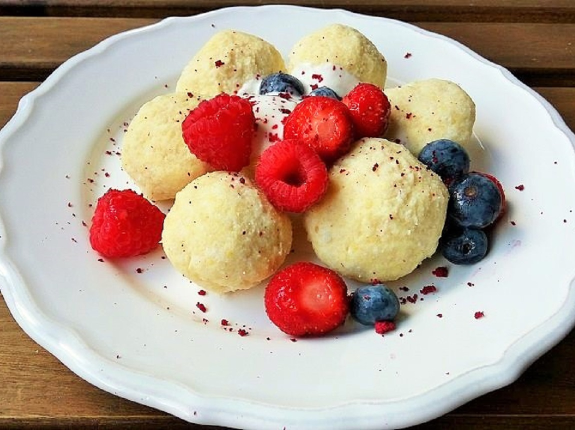 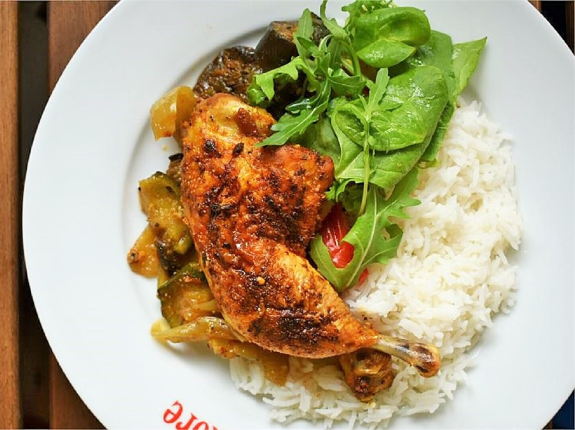