KAIN
Specjalista
Szacuny 64 Napisanych postów 17868 Na forum 20 lat Przeczytanych tematów 102745
Royce Gracie and his brother, Royler, came to Japan on the 17th in advance of Royce's upcoming fight with Hidehiko Yoshida in the August 28th Shockwave. Royce and Royler gave us a few minutes of their time to talk about the fight.
PRIDE Fighting Championships: Have you gotten yourself worked up for your fight with Yoshida?

PRIDE: It appears that striking will be allowed in your fight.

Royce Gracie: We're still discussing it. Nothing is firmly decided yet.

PRIDE: Did the idea of allowing strikes come from your side?

Royce Gracie: No, that was from the promoter's side.

PRIDE: Were there any rules that you didn't want?

Royce Gracie: We're still in the middle of discussions regarding that.

PRIDE: Has anything changed since your July 16th press conference where you asked for three 10-minute rounds?

Royce Gracie: No change at all.

PRIDE: What about judges' decisions?

Royce Gracie: I don't like leaving the decision up to the judges so I'd like to have no decisions if possible.

PRIDE: Do you think you can finish the fight within 3 rounds?

Royce Gracie: I plan on ending it as soon as I get the chance.

PRIDE: Yoshida appears to be training striking a lot. What do you think about that?

Royce Gracie: I think it's a good idea for Yoshida. A fighter can't just train in grappling. He has to train in striking too.

PRIDE: What do you think are Yoshida's most dangerous techniques?

Royce Gracie: All of them.

PRIDE: Are you going to finish him with a Kimura arm-lock?

Royce Gracie: I'm not going to limit myself to 1 technique. I'm going to use all of the techniques that I know as the situation requires.

PRIDE: I heard that Yoshida is practicing techniques that are forbidden in Judo.

Royce Gracie: Well, if he wants to use dirty techniques, I'll do what I have to do to deal with it.

PRIDE: Are you concerned about the big weight difference between the two of you?

Royce Gracie: I've fought many heavier fighters before. I'm not worried about that.

PRIDE: Royler came to Japan with you this time. How many Gracies plan on coming to the event?

Royce Gracie: It hasn't been decided yet. He'll probably come, though. I'm going to talk to him on Thursday.

PRIDE: Who's going to be your second?

PRIDE: Royler, what kind of training has Royce been doing?

Royler Gracie: The same as always. Jiu-Jitsu and Vale Tudo. And Aerobics.

PRIDE: Have you been training with him in preparation for this fight?

Royler Gracie: Yes, we've been constantly training together since 1 week ago.

PRIDE: What do you think of the large weight difference between Royce and Yoshida?

Royler Gracie: I don't think there will be much effect.

PRIDE: Both of the fighters will be wearing gi's. Do you think this will be beneficial for Royce?

Royler Gracie: I think it will be good for both of them. Yoshida does Judo so he should be very good on the ground. …I think this will be a difficult match. Yoshida's not just a Judo player; he's an Olympic gold medallist.

PRIDE: What do you think is the difference between the ground techniques of Judo and Jiu-Jitsu?

Royler Gracie: First, Judo matches are very short so if it goes to the ground, they have to be very aggressive and very fast. I think Judo has faster ground technique where as Jiu-Jitsu is more technical. A Jiu-Jitsu match is longer so you can try more strategies. You don't attack fast. You attack slowly. I think this is the difference between the ground techniques of Judo and Jiu-Jitsu.

"The ground is my ocean, I'm the shark, and most people don't even know how to swim." 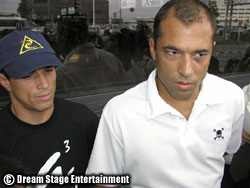 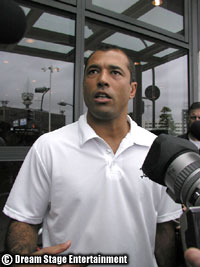 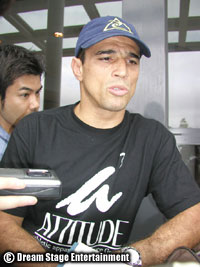 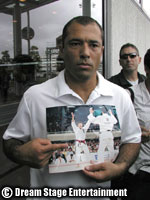 "The ground is my ocean, I'm the shark, and most people don't even know how to swim."
Nowy temat Wyślij odpowiedź
Poprzedni temat